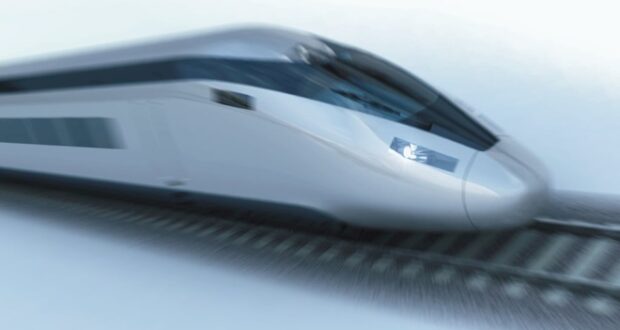 The northern leg of HS2 could be scaled back, it has been reported.

The Financial Times said that the Oakervee review is examining the possibility of axing phase 2b of the route from the East Midlands to Leeds and Sheffield.

The review is assessing factors including whether the project should continue, what its cost will be and the route it should take.

Leeds City Council leader Judith Blake said: “There will be grave long-term consequences for the economy of the north and east of the UK if the eastern leg of HS2 isn’t delivered in full.”

The FT also reported that the panel is also looking at cutting the speed of the trains by 40mph in an attempt to save £10bn, and looking at starting the line at Old Oak Common rather than Euston.

Labour peer and former head of the National Infrastructure Commission Lord Andrew Adonis said he would try to ask about the reported change in the House of Lords this afternoon.

He said: “I’m hoping to ask in the House of Lords today about the front page suggesting that the eastern leg of HS2 to Leeds, Sheffield, Nottingham & Derby might be cancelled. This is a really terrible idea even by Johnson’s standards.”

A report by Midlands Connect last month said that 73 stations, including 54 with no direct HS2 service, are set to benefit from the project if it is completed in full.

At the time, Sir John Peace said: “It is the capacity released by the line, not just its speed, that will give the whole network a desperately needed overhaul.”

HS2 confirmed last week that it has halted the felling of 11 ancient woodland sites until the Oakervee-led review has concluded.

The panel is expected to conclude its report later this month.

A spokesperson for the Department for Transport said: “We are not going to pre-empt or prejudice this work with a running commentary on the review’s progress.”